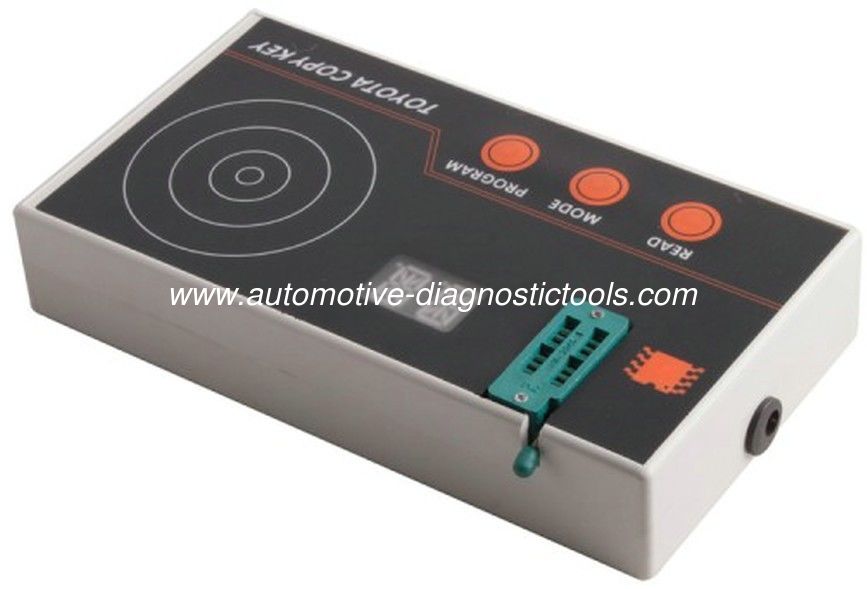 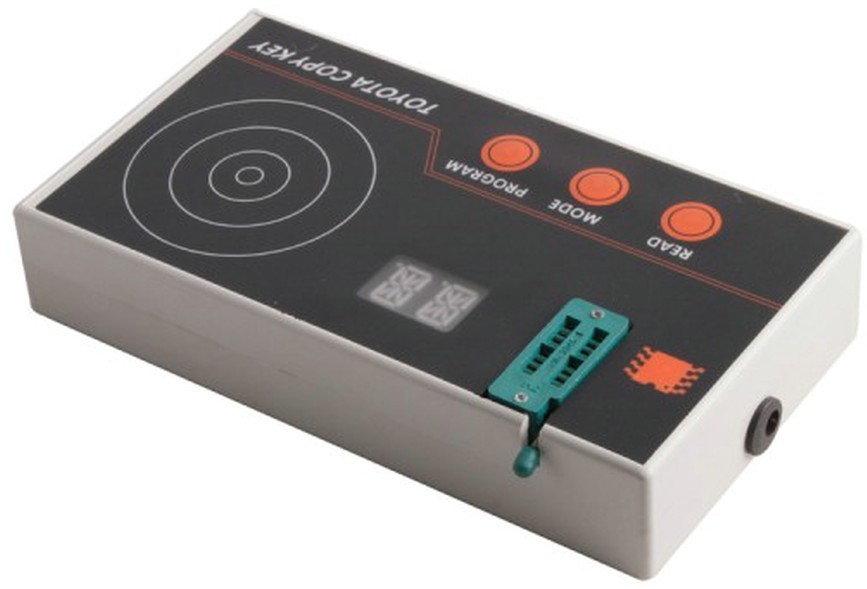 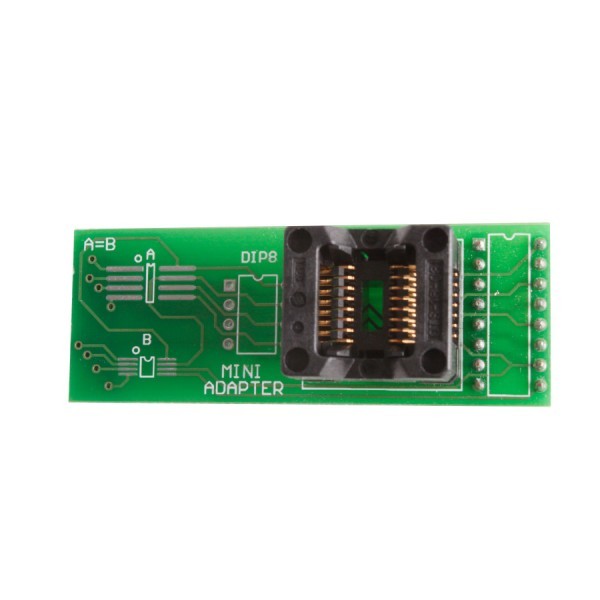 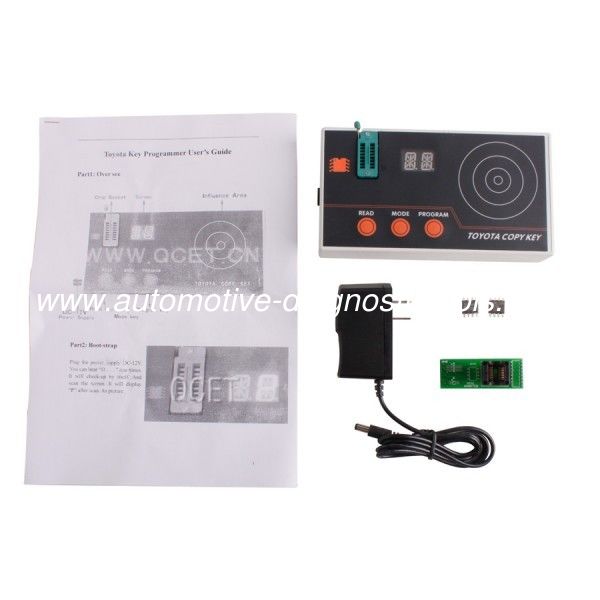 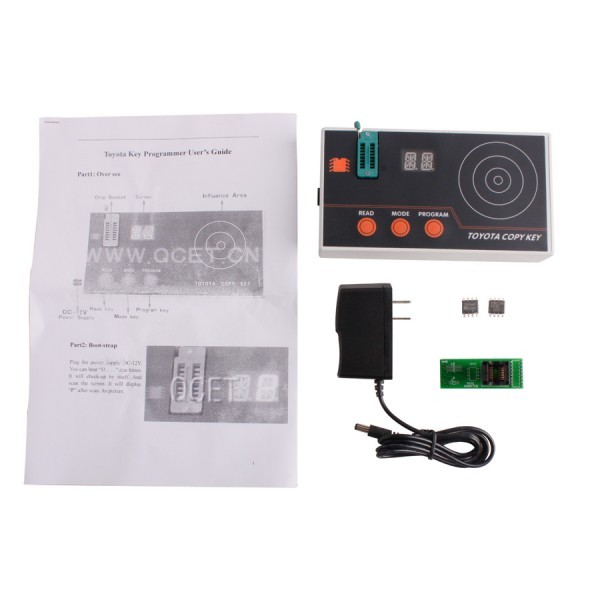 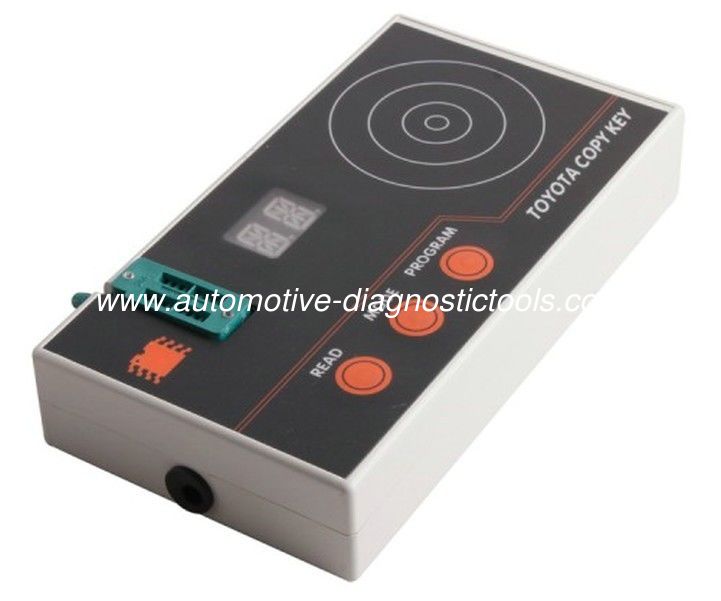 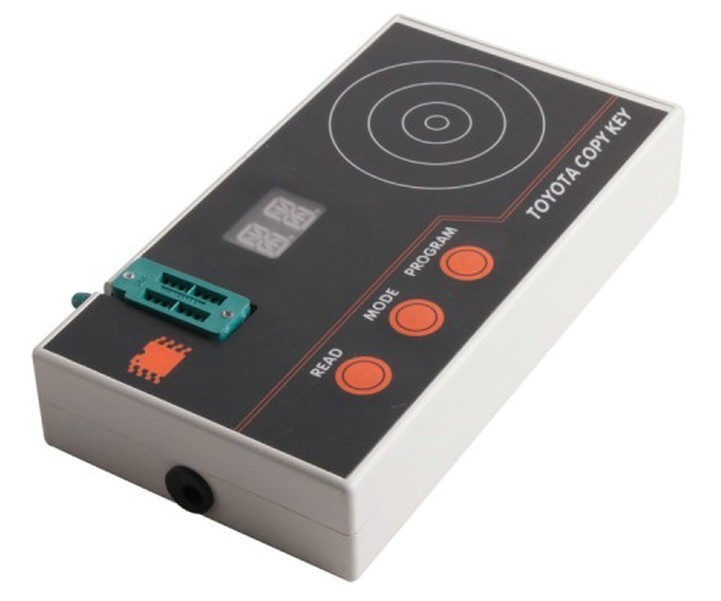 1.Read the pin code of the transponder key automatically

2.Write the pin code into the computer transponder of the suited ECU.

3.Match the vehicle without keys and needn't change any computer when matching.

How to do key program?

1.Dismantle the engine ECU from the vehicle (or IMMO) , and take down the IC chip identified as "93C56" (fixed to the computer in the vehicle engine; for the Camry being IC601, and Lexus being IC900. Identification number for a chip fixed to IMMO is 93LC66) . Clean up every pin of IC to make sure of a sound connection.

2.Install 93C56 on the device through programmer; make sure that the connection is good.

3.Supply electricity to the programmer, the screen will show"can work normal"with a beep sound indicating that the machine is working well.

4.Press"R-key", and the red light"LED" will be lit; programmer is thus ready for programming.

5.Put the key on the key logo of the programmer.

6.Press R-key again to hear the beep sound beep 4 times, and the red light also goes off, these means that the key has been successfully programming to the programmer. If the beep sound is not made 4 times, then repeat the operation until you hear the exact 4 beep sound.

7.By the stated operations you can programming 3 keys to the programmer altogether.

8.Now you can verify whether the 3 keys have been actually programmed: press R-key, put a key near the key logo, if a 4-beep sound is made, that means the programming is effective. Every key must be verified so that they can be program to 93LC56 and 93LC66.

9.Press Pr-A, Pr-B and Pr-C orderly to programming the 3 programmed keys to 93C56 (or 93LC66) . When "OK" displays, the programming succeeds; otherwise"ERROR" signal appears. Failure may be due to misconnection between 93C56 and the programmer, or the reverse installation or corruption of the chip. In this case you better repeat the adaptation twice to ensure the success.

Fit the ECU back to the vehicle. With any of the previously programmed keys you can start the vehicle now.

Notice: This machine only provide for locksmiths. Please offer related business license, original ID card and need to sign the declaration with us.